On 16 April 2014, the Council of Europe’s Committee of Ministers (CM) adopted Recommendation CM/Rec(2014)6 to member States as a Guide to human rights for Internet users (hereafter, “the Guide”). Among the starting premises of the Recommendation are: (i) human rights standards, as elaborated by the Council of Europe, must be upheld on the Internet, and (ii) in safeguarding human rights, states’ obligations include “the oversight of private bodies”. The Recommendation stresses that “human rights, which are universal and indivisible, and related standards, prevail over the general terms and conditions imposed on Internet users by any private sector actor”.

....Unusually, the Guide directly addresses “you, the Internet user”, in keeping with its intention to serve as a tool for you “to learn about your human rights online, their possible limitations, and available remedies for such limitations”. It sets out to synthesize and explain existing (Council of Europe) standards - not to create new ones.

The Guide addresses and is organised around the following themes: access and non-discrimination; freedom of expression and information; assembly, association and participation; privacy and data protection; education and literacy; children and young people, and effective remedies. The specific implications of each theme in an online context are teased out. There is recurrent attention given to the roles of public authorities and private actors in respecting human rights and providing redress for breaches of human rights.

Extract from: the IRIS Newsletter.  http://merlin.obs.coe.int/newsletter.php?year=2014&issue=8
Posted by Jim McDonnell at 6:35 pm
Email ThisBlogThis!Share to TwitterShare to FacebookShare to Pinterest 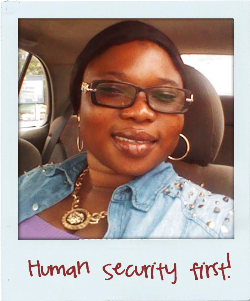 Sunday September 21st  the Global Partnership for the Prevention of Armed Conflict (GPACC) will be celebrating the International Day of Peace all over the world: a day of non-violence and the cessation of hostilities, and a day of peace education, discussion and raising public awareness.

There will be videos from people around the world explaining why they need Human Security and there will be opportunity for round table discussion and learning about the topic. At these events, GPACC will also be collecting photographs of people who support the Human Security approach. These photographs will be displayed at the publication launch in New York, as well as on its website.

If you are organising an event for the International Day of Peace, and would like some resources for a Human Security theme, you can get in touch through humansecurityfirst@gppac.net
Posted by Jim McDonnell at 6:51 pm
Email ThisBlogThis!Share to TwitterShare to FacebookShare to Pinterest 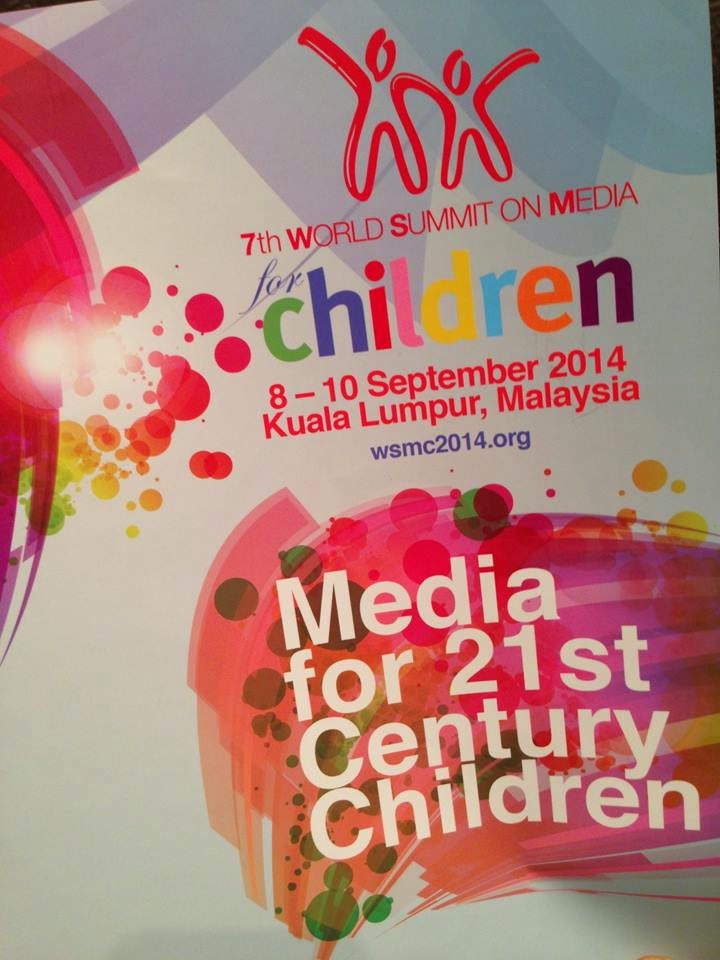 WSMC 2014 Pledges to Reframe Children’s Media,
Take it to a New Paradigm

The 2014 Kuala Lumpur World Summit on Media for Children Declares
Posted by Jim McDonnell at 12:26 pm
Email ThisBlogThis!Share to TwitterShare to FacebookShare to Pinterest 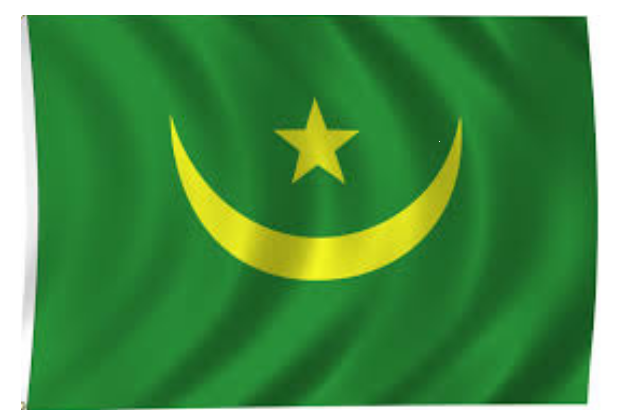 According to information from the International Federation for Human Rights, the leader of a radical Muslim group “Ahbab Errassoul” (“Friends of the Prophet”) Mr. Yadhih Ould Dahi issued a fatwa on June 6, 2014 calling for her death. Ms. Sharon Bhagwan-Rolls, Dr. Musimbi Kanyoro, and Ms. Jennifer Lee together with WACC General Secretary Dr. Karin Achtelstetter call upon the GMMP network to express their solidarity in support of Aminetou Mint El Moctar.

Ms. Aminetou Mint El Moctar is a decorated human rights activist. She chairs the Association of female heads of household (l’Association des femmes chefs de famille), a non-governmental organisation that promotes human rights and defends the rights of women and children in Mauritania.

She is the country coordinator of the Global Media Monitoring Project in Mauritania. In 2009, Aminetou Mint Moctar spearheaded highly visible public campaigns to denounce trafficking of young Mauritanian girls to Gulf States and the exploitation of Mauritanian and West African women living in domestic servitude. Because of the work of Ms. Mint Moctar and others like her, the Government of Mauritania now recognizes the existence of these practices.

The threat called for the killing and gouging out the eyes of Moctar after she spoke to the mass media about the general situation of human rights in the country and the particular case of Mohamed Ould M’kheitir. M’kheitir has been in detention since December 2013 after being accused of apostasy. Moctar called for a fair trial for M’kheitir while making it very clear that she does not condone insults against the Prophet. Dr. Kanyoro commenting on the situation underlines the hazards women human rights defenders encounter in the course of their work: “Women human rights defenders face additional risks because of the very nature of the problems they work to address, which require questioning and transforming social norms and taboos”.

Read the rest of the statement here


Posted by Jim McDonnell at 9:18 pm
Email ThisBlogThis!Share to TwitterShare to FacebookShare to Pinterest

The Declaration adopted  at the end of the UNESCO Conference for World Press Freedom Day on 5-6 May 2014 calls for freedom of expression, press freedom, independent media and access to information to be fully integrated into the Sustainable Development Goals (SDGs) that will replace the Millennium Development Goals (MDGs) next year.

It makes a link between the free expression issues and good governance, which is a foundation for development.

The Declaration specifically urges the United Nation’s Open Working Group (OWG), the body that is drafting the SDGs, to include free expression as part of a good governance goal, as recommended by the UN High Level Panel of Eminent Persons.

The conference document further encourages UNESCO Member States to support these proposals at OWG meetings. It calls for the OWG to recognize the importance of universal access to information and communication technologies and for governments to make available “comprehensive, reliable, accurate and accessible information related to the development agenda” as part of the SDGs.

More than 300 participants from almost 90 countries took part in the deliberations, including several Permanent Delegations to UNESCO.

A total of 75 speakers addressed the theme “Media Freedom for a Better Future: Shaping the Post-2015 Development Agenda”. 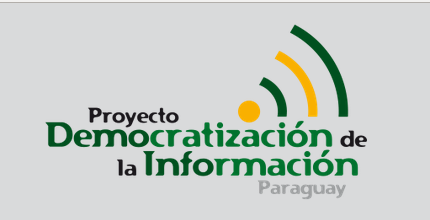 Leer más
Posted by Jim McDonnell at 10:05 am
Email ThisBlogThis!Share to TwitterShare to FacebookShare to Pinterest


The 4th WACC-SIGNIS Human Rights Award 2013 has gone to the documentary Caminhos da paz (Paths of Peace) directed by Sol de Carvalho (Mozambique, 2013). A feature-length documentary, the film highlights the successful role of the churches in the peace process in Mozambique.

Caminhos da Paz covers a section of Mozambican history beginning with the colonial war  up to the civil war that followed.

After Mozambique achieved independence from Portugal in 1975, the new Marxist-Leninist State run by FRELIMO (Frente de Libertação de Moçambique) had to resist against Rhodesia and South Africa which set up a movement for rebellion, RENAMO (Resistencia Nacional de Moçambique). It developed into a bloody conflict  which was bringing the country to ruin. The government wanted to negotiate peace, but didn’t know who directed RENAMO or where they could be found.

Everything changed with the intervention of the Sant’Egidio Community. From the beginning of the 1980s, this community had given humanitarian aid to Mozambique and knew both sides. FRELIMO began to soften its anti-religious stance and sought better relations with the Protestant and Catholic Churches. Also the Sant’Egidio Community was aware that the only real help would come from reconciliation between the warring parties. It was they who succeeded in contacting RENAMO to conduct the first negotiations.

Caminhos da Paz recounts the concerted efforts on the part of the Roman Catholic and Protestant Churches to bring about the peace accords signed in Rome on 4 October 1992. It is one of the rare examples in recent decades of a conflict resolved by negotiation in Africa.

According to Guido Convents of SIGNIS, "Sol de Carvalho has made his documentary like a suspense thriller, with interviews with all the protagonists and extracts from audiovisual archives. Sometimes one wishes it would last longer! A real achievement and a story full of emotion showing that hope exists."

The Mozambican Sol de Carvalho was born in 1953 and worked as a journalist, editor and photographer. From 1985 on, he started to work in cinema. Since then he has made many films, for the most part documentaries and TV films and the feature film O Jardim do Outro Homem (Another Man’s Garden). Sol de Carvalho’s work is socially committed and often deals with taboo subjects like HIV/Aids or domestic violence. Being a strong advocate for participatory processes, he is often on the road in Mozambique showing his films in villages and talking with people.

The criteria for the international WACC-SIGNIS Human Rights Award are a documentary film (rather than a feature film) from the year in question that seeks to throw light on a question of human rights reflecting the values and priorities of WACC and SIGNIS. Promarte Production Company in Maputo.

Posted by Jim McDonnell at 9:47 am
Email ThisBlogThis!Share to TwitterShare to FacebookShare to Pinterest
Older Posts Home
Subscribe to: Posts (Atom)

Welcome This blog has been set up to keep SIGNIS members informed of the latest advocacy issues affecting the media worldwide. It is a complementary service to the SIGNIS website and to the Webnews.